Guess the country flags with the best education quiz ever!

Learn all the countries flags of the world!

" Guess Flag" is a free game full of fun that consists on guessing the names of hundreds of countries flags from around the world.

How many of world flags can you recognize?

In order to download this game you must purchase it at or above the minimum price of $5 USD. You will get access to the following files:

This game could have been a decent learning tool, but  I and others who got the game for free over on the gamegiveawayoftheday site on the 16th Sept 2020 discovered  two countries spelled wrongly within the first five  countries presented, i.e Australia and Turkey were spelled Austrailia and Turky.  Getting two out of five countries spelled wrong by the developer within the first five  puzzles does not bode well for the rest of the game.

If the developer reads this I would suggest you fix the issue ASAP by checking all the spellings of the countries you've included in the game; then updating the download here on Itch.io. I assume  you can do this  by editing the  executable?

If it was corrected, this would be a decent game especially as a learning tool for kids and even some adults. It may even be worth releasing on Steam.

Another issue I would like to point out.  If  the user only has a single monitor display, the Wiki link  for each   flag/country opens behind the game, so cannot be seen, unless you close the game down.  If you could make it so that the Wikipedia opens in a window in front of the game,  it would be even better as a learning tool.

Overall I thought this was a great idea, and if fixed could be a winner; it's just a shame you  didn't bother to  check the  spellings of the countries you included.

p.s. An aside on spelling things wrongly, but thinking they were correct:

I remember  when I was going through my teaching practice (1992); learning to be a science teacher.  I was being observed by  an examiner at the time.  I was trying to give the kids an idea of astronomical distances by using an example of how long it would take if you could walk to the sun at a steady walking  pace, which is approximately 9.3 million miles away (average 92,955,807 miles), it would take as long as  when the  Egyptian empire was  still ruling over most of the known wold (at the time Queen Hatshep, was ruling as the fifth pharaoh of the Eighteenth Dynasty of Egypt.   At the end of the   class I was given a synopsis of what the examiner though of my lesson.  Overall I was marked exemplary; however she did point out that I'd broken  a cardinal rule of teaching i.e that I'd made a spelling error,  spelling Egypt incorrectly on the white board. To me it had looked totally correct as I'm sure I'd been taught it correctly while at school  20 years earlier studying history.  I'd spelled it Eygypt;  to me it looked correct, but obviously it wasn't.

Oddly I was watching a rerun of a program on TV an hour ago called 'Celebrity Gogglebox'; where a famous musician from  one of Brit' pops big bands of the 1980's  had a similar issue with a particular word he'd always though was spelled a certain way, but  was totally shocked when he discovered (in his 50's) that he'd been spelling it wrongly.  I assume you have  the same issue  with the spellings of these countries? 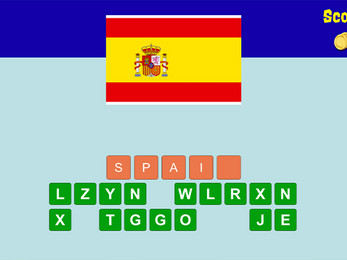 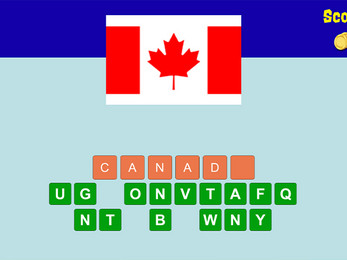